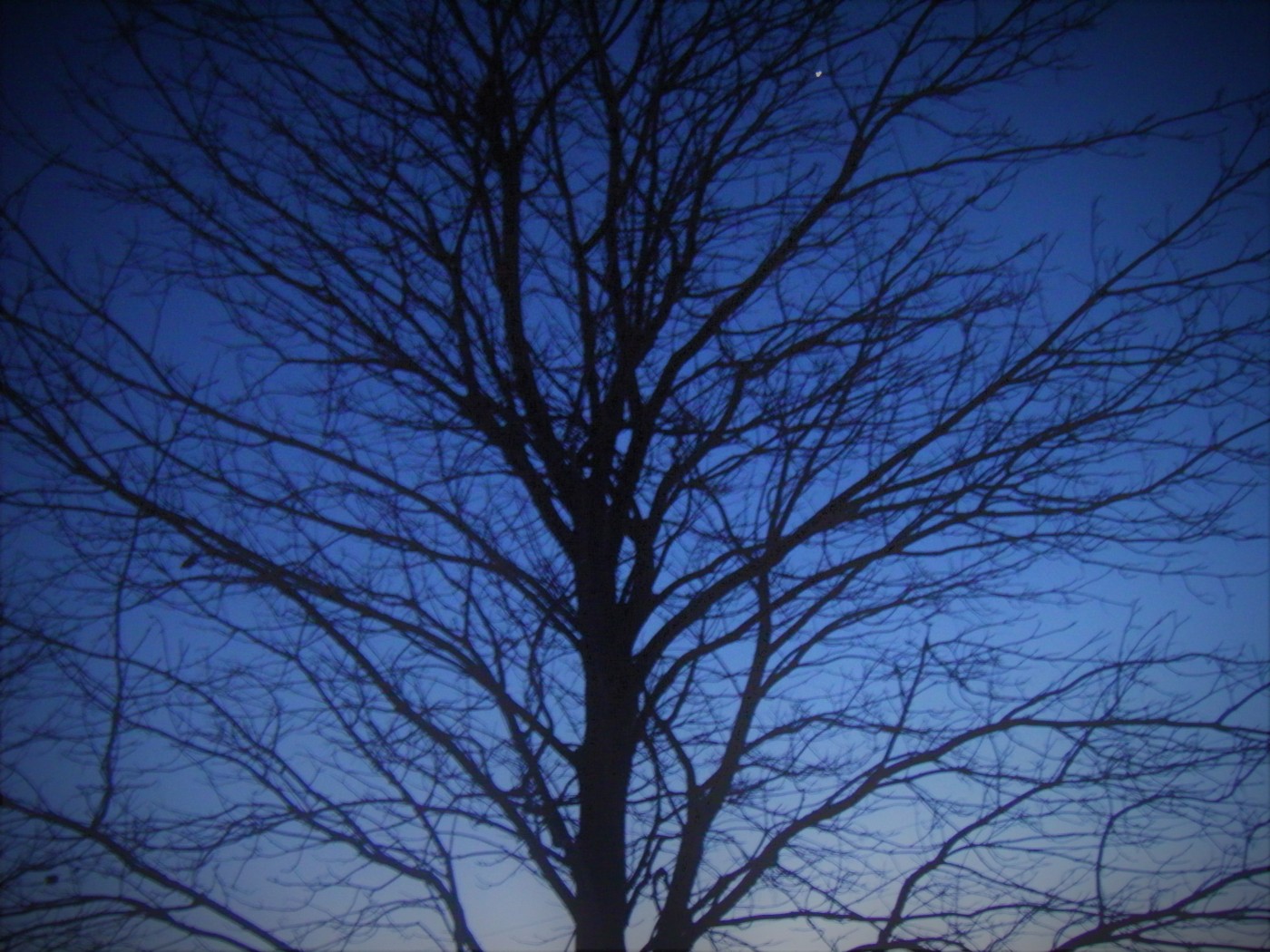 She went last night to be with her husband.

Of course, I didn’t know that until hours after it happened.  She was 1000 miles east of here.  She’s always been a far-off vacation, a reunion filled with late nights and games and laughter, a summer cabin, a Grandma’s kitchen with cakes and egg nog.

Here, the snow had started falling again, covering the prematurely thawing earth, the fields caked in ice once more.

It was peaceful, they said – as good a death as any could be.

But I didn’t know that until hours after it happened.  I had been sleeping all day, tired from the night watch that I had been keeping here, 1000 miles west of her home, deep in the frozen heart of the continent.  The skies were gray when I woke up yesterday afternoon.  When I woke up here, she had still been alive, 1000 miles east.  And so, I hadn’t thought much about her.  I woke up and just thought the sleep hadn’t been enough – my eyes still felt puffy and unresponsive to the movement in our house.  Children were running, my daughter in particular was still wearing sweats and her hair was tangled as hungry flames.  Grandma had grown up on a New Jersey farm, had owned horses and passed that genetic propensity to the language of those animals down to some of my cousins.  She had danced when she was young with the neighbor’s sons, some of them Protestants (to the dismay of her Irish Catholic parents).  But she danced.  And, in the throes of a great Depression and a smoldering alcoholism, her father lost the farm.  And she danced.  And fell in love with a man who also knew the loudness of laughter and secretive quietude of a family addiction.  And they danced.

But, 1000 miles west of her last long sleep, it would be my daughter and I who would dance.  It was my little redhead’s toothless grin I saw with my bleary eyes.  I had to shave, shower, change into suit and tie, my wife had to change our little girl into dress and tights and comb that wild, beautiful hair.  And still, I couldn’t focus my eyes.  Sleeping days and rising nights make me feel like I’m walking through a dream and this was the sluggish confusion of bad dreams – the kind where, no matter how hard you try, you can never quite make it to where you need to be.

But I showered, buffed my shoes, and was dressed.  I came downstairs, and she was dressed.  I carried her to the car and didn’t once slip  with her in my arms.  And we danced.  She’s only 6, but she knew all the words.  We stayed until half-way through the last song when, under the warm glowing vault of that farmland dancehall, she told me, “We have to go now.  I’m tired.”

I got home and found out that while I was out, my Grandma had gone to be with her husband.  She’d always been the laughing kind, but she had also been tough.  There are things that the Irish can always laugh about.  And there is a pain that the Irish always carry with them.

She had fallen asleep three days ago and never woken up.  My Aunt had just put the rosary back in her hand and begun again the ritual as comforting as a parent’s lullaby.  Simple rhythm and lilting intonations rising, drawing down, and repeating.  My Dad had just stepped out after 24 sleepless hours to eat at the cafeteria.  And, without grimace or groan, she just stopped breathing and went to be with her husband.

And all the laughter that I’ve known from her, all the jokes and stories I’ve forgotten, all the nights of sneaking out of bed and back downstairs to listen to the grown-ups, all the mornings eating her salted scrambled eggs and bacon, all the afternoons walking out of her kitchen door to daydream about the haunted wetlands that spread for 1000 acres out behind the house, all the times she gave me sausage scraps to feed the neighborhood dog (now, long-since dead himself) are left to glow in the vault of my memory and fade eventually with me.

My wife told me all of this after I’d carried my daughter inside.  I kissed all the children – three boys, one girl – and listened as my wife told me.

I could hear the sleet pelting against the steel siding of our house.  It made a lonely sound.  But the kids were warm.  And they will now never know my Grandma, who will be buried 1000 miles east of here, where the snow and ice is probably just now gathering to make a lonely sound.

from the collection of: d. heidel